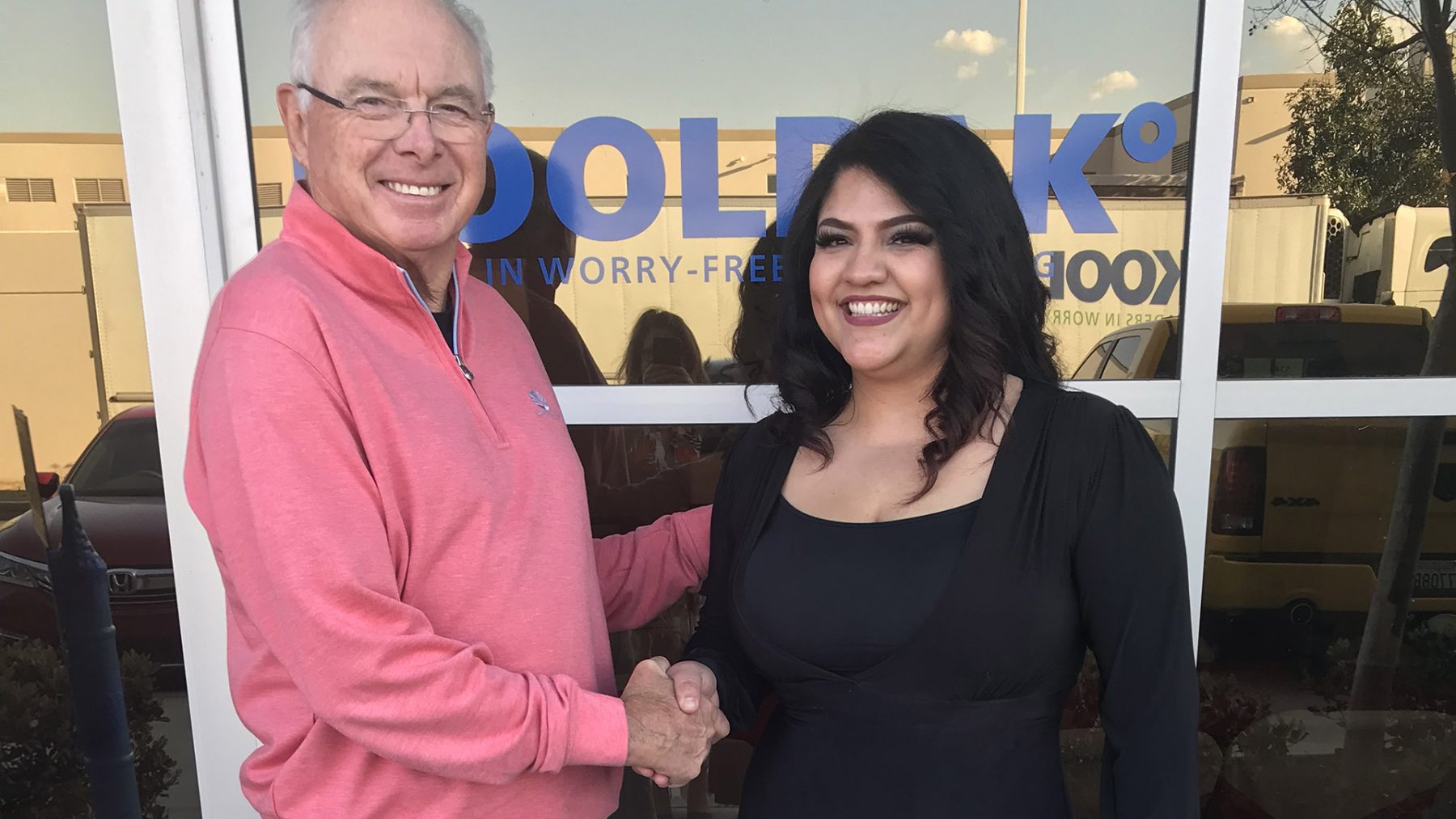 The Richard Kelly Memorial Award for Leadership was awarded to Maira M. at our Ontario facility. She is shown here receiving the award from CEO Steve Ness. This award is the highest honor granted to a Kool Pak employee in recognition of their leadership and contributions. The award was part of the annual Driver of the Year Awards.

In addition, the 2018 Kool Pak° Driver Awards ceremonies were held this month at our four facilities, to celebrate and acknowledge our exceptional drivers. We are pleased to announce the winners – and extend a hearty congratulations to all our drivers at Clackamas, Ontario, Patterson and Sumner. 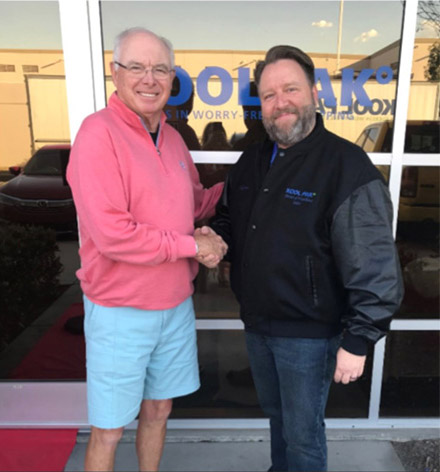 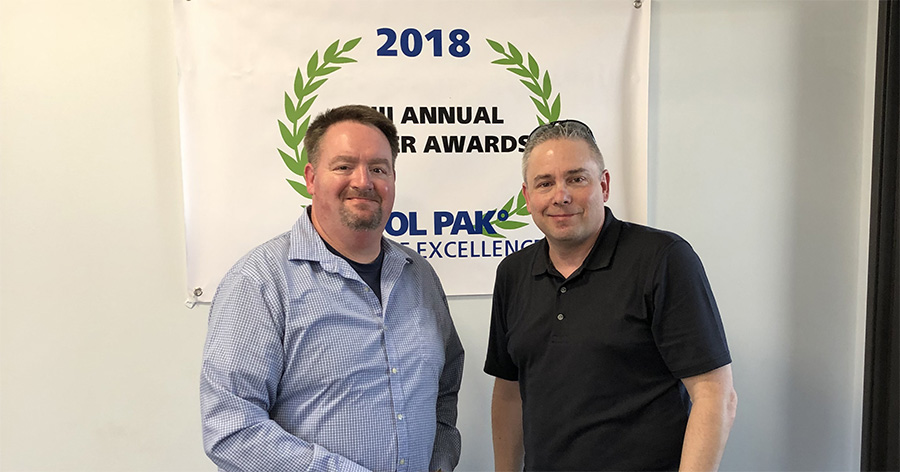 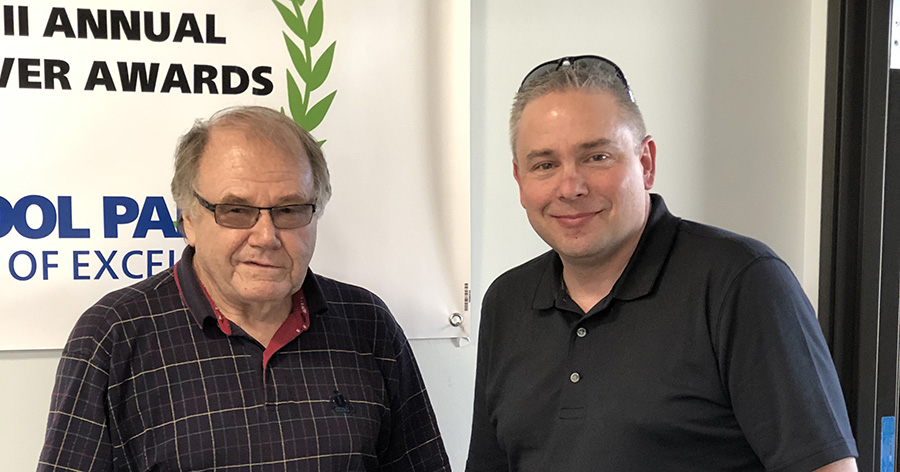 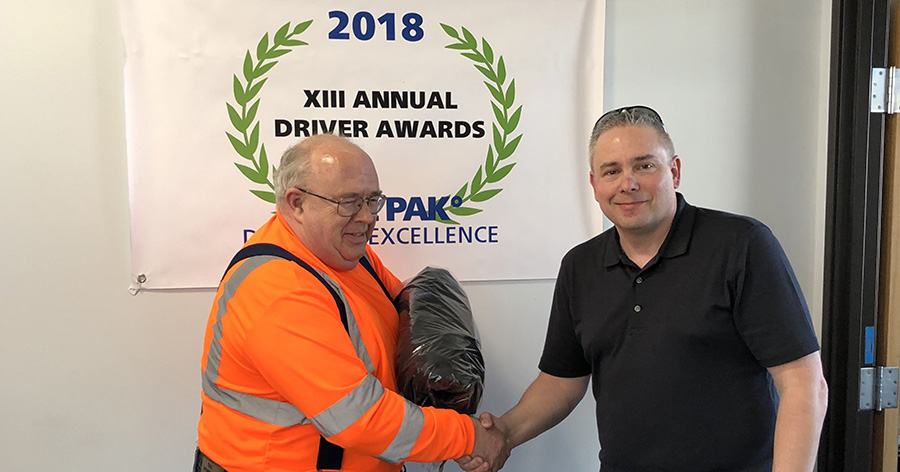 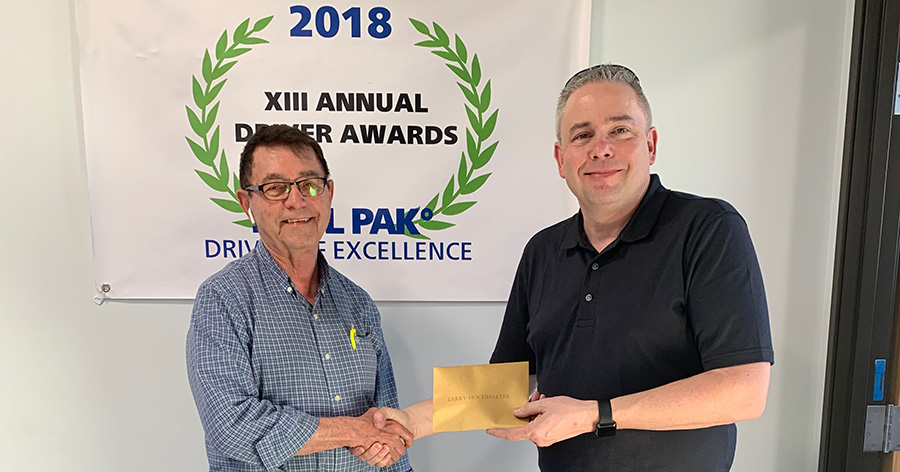 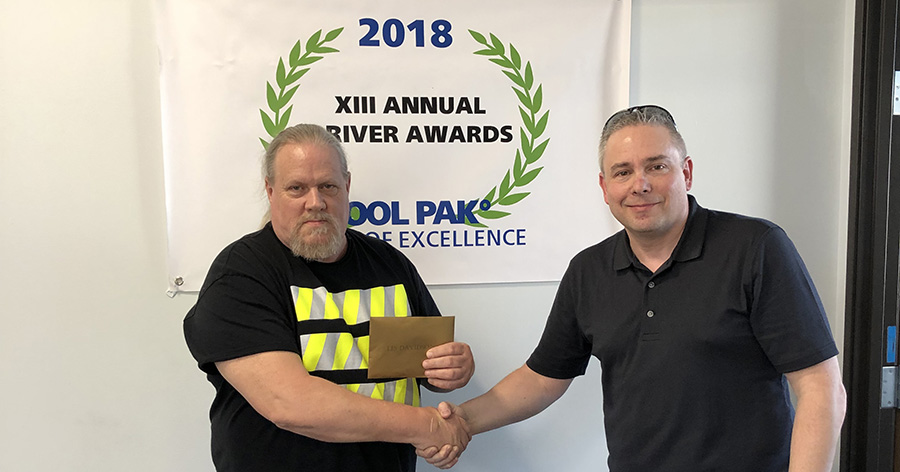 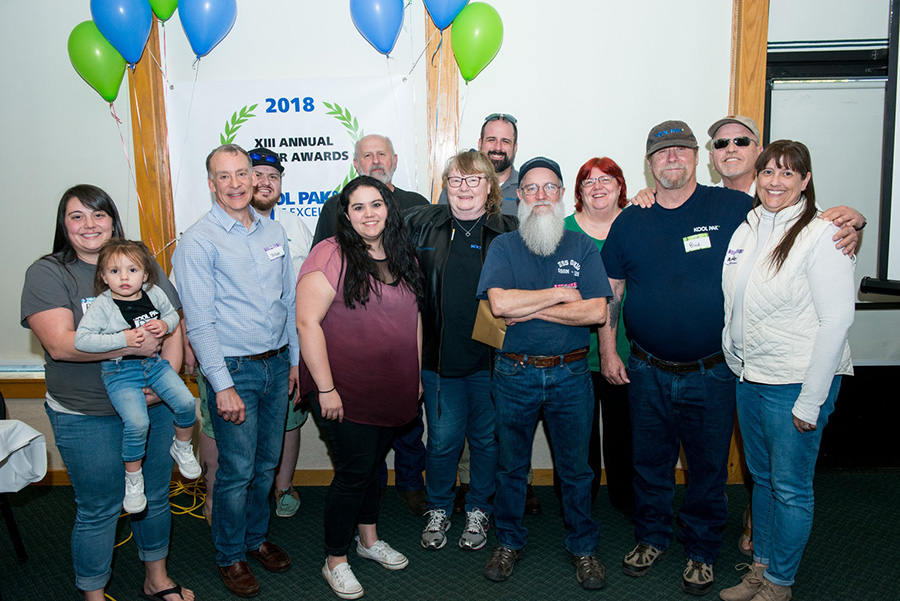 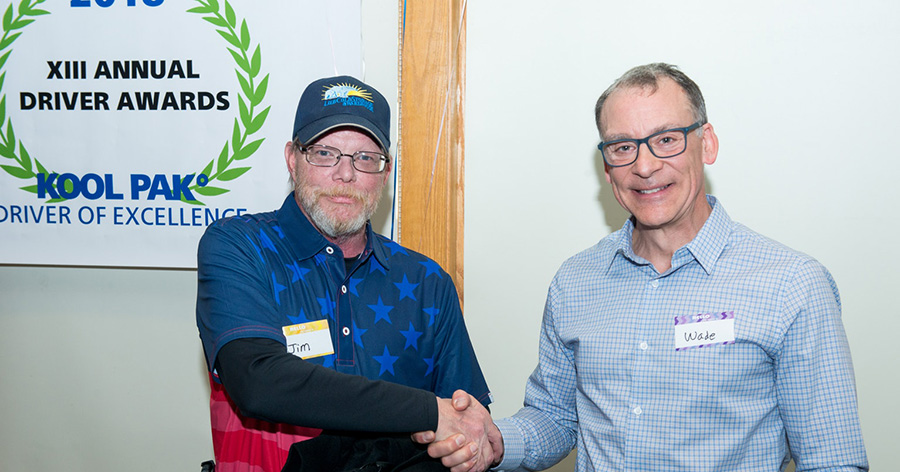 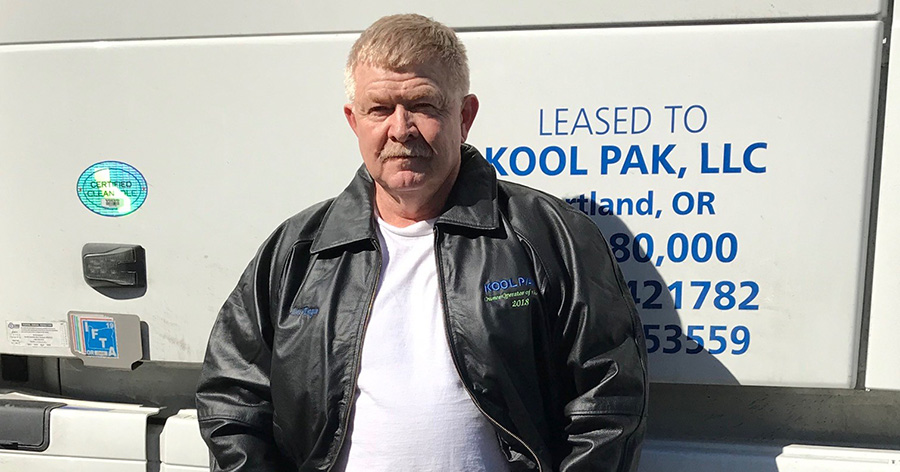 Les D. won our Owner Operator of the Year award 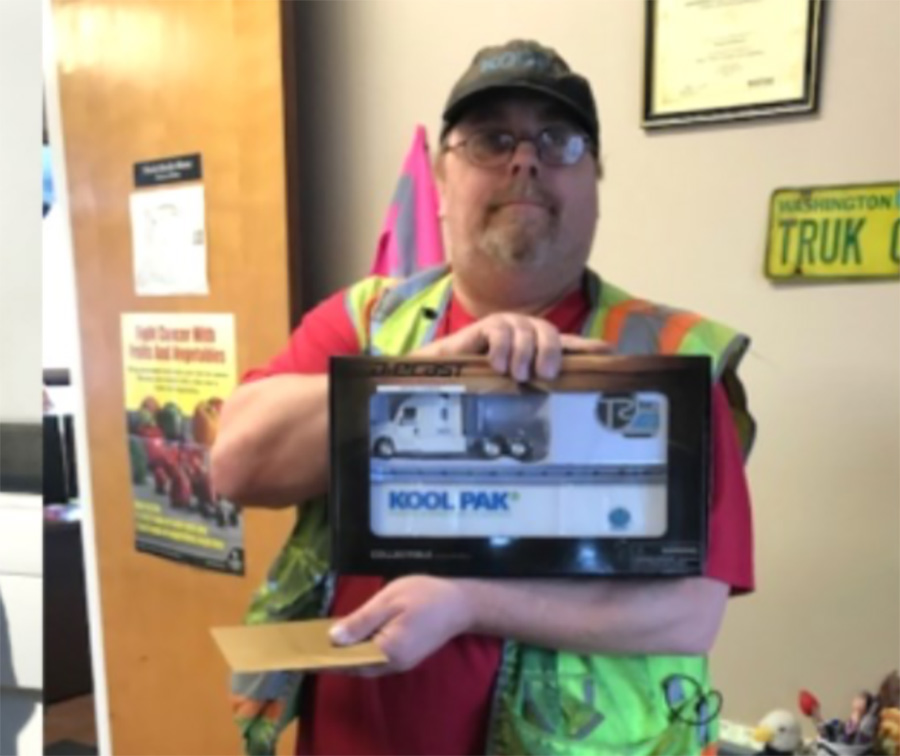 Brion T., Driver of Excellence, with his Kool Pak mini-truck.

Laura A., VP of Human Resources, presented awards to the Patterson team. 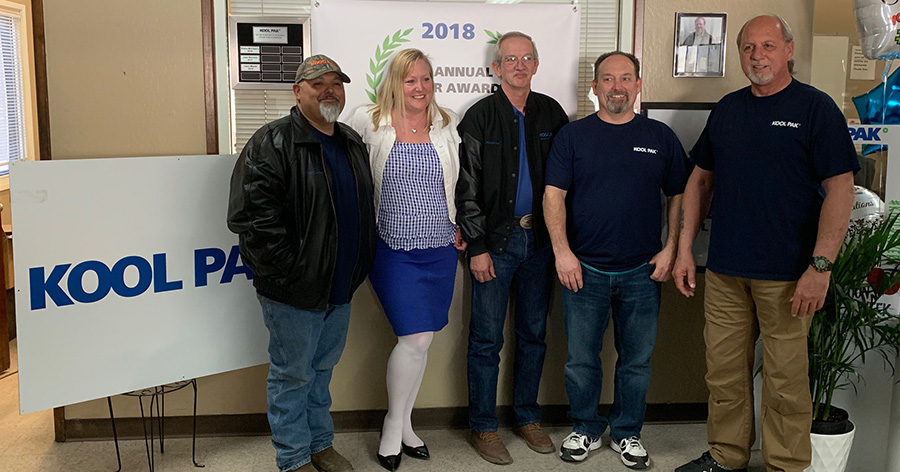